Home
Bark Maker
Adopted Eight-Year-Old Boy Is Compassionate Towards Shelter Dogs, And He Vowed To Help As Many As He Can

Robbie Gay is such a sweet and loving kid, you wouldn’t guess that he lived a horrible past. Two years ago, Robbie was adopted by couple Maria and Charles Gay, officially taking him from a sad life of abuse and neglect. The terrors Robbie lived as a child left some scars, so when he sees shelter dogs, he feels compassion for them.

Before getting adopted, Robbie lived with multiple foster homes. He experienced horrors kids his age aren’t supposed to go through. But thanks to his adoptive parents, Charles and Maria, Robbie learned to open up and heal.

Maria always noticed that despite all the pain and anguish Robbie had been through, the boy would never cry. But that changed one day when the family had to put down one of their senior dogs. Robbie held on to the beloved dog with a tight embrace and stayed with his furry friend until the end. For the first time, Robbie cried.

Robbie’s parents were relieved to see their son expressing his emotions finally. That moment also gave birth to Robbie’s mission: to care for more dogs, and humans too!

According to Robbie, he knows how every shelter animal feels. He knows how it feels with no one loving and caring for him, and he doesn’t want any of his animals to feel that way. He also thinks that most people only like to adopt babies and puppies, leaving older kids and senior dogs without a home and a real family.

Robbie’s mission is to raise awareness for the least adoptable dogs in the shelter. Robbie adopted six dogs of his own from the local shelter, and he wishes more people would do the same. He also hopes that people would also adopt older kids like him. 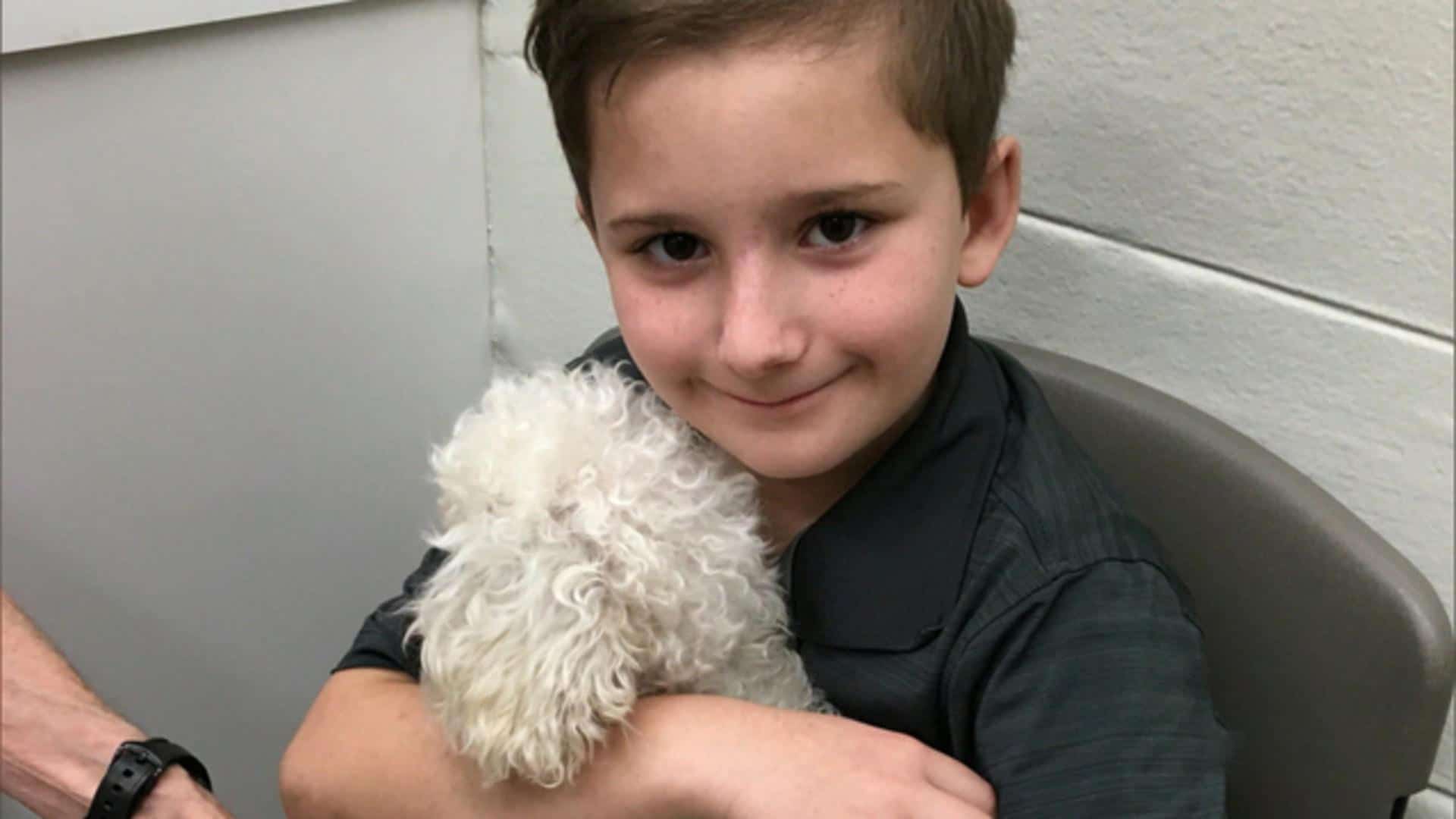 This mission touched so many hearts that encouragements poured in. Robbie’s parents kept reminding him that they support his beautiful cause and that they’ll be there for him for the long haul.

Robbie truly has a heart of gold. His mission is transforming the lives of kids like him, as well as dogs in the shelters.

Thanks to Maria Henry Gay

As dog lovers, it’s hard to imagine what goes on …

Often, during the not-so-good situations in our lives, we are …